The Rarest of the Dragoons (Rarer than the Walker!) Colt Pre-Production First Model Dragoon… aka … Fluck Dragoon… aka… Colt’s Second Contract Dragoon Revolver

Best estimates state that there are somewhere around 30 to 50 of these ULTRA rare Colts still in existence… far fewer than the elusive Walker Colt. Once referred to as the “Fluck” dragoon, named after the arms collector John Fluck who first recognized this model as a distinct and unique model of dragoon. He had written some decades ago that these guns were made largely of odd Walker Colt parts from failed Walkers… and this theory was accepted for decades… UNTIL RECENTLY… when it was shown and proven without question that these rare dragoons are actually the true successor to the Walker and were also the model that preceded the true Colt First Model Dragoon. After Colt supplied his first contract of 1000 Walker Revolvers, his improved design for his Second Contract in late 1847 was for THIS rare “2nd Contract Dragoon”… (See Monograph by Max Longfield for more data).
In addition the parts on these guns were made expressly for this model and were not left overs from the Walker production. The only Walker feature found on these is the die stamp used on some of the early serial numbers.

These Second Contract… or Pre-Production First Models are believed to have been made in a quantity of 1000 guns (contrary to John Fluck’s theory that 300 were made… ) Serials are believed to be 2001 to 3000… the gun here shown is THE LAST FLUCK DRAGOON EVER MADE. It is numbered 3,000 on all parts and has period replacement parts from Fluck number 2,784 and 2,223 which have been overstruck with 3,000 or 000… The following parts are twice numbered… barrel and wedge both originally 2,784 and both additionally struck with 3,000), The rammer originally 2,223 is also struck 000, and cylinder overstruck 3000 and 000.

These period replacement parts from the other Fluck Dragoons were re-numbered 3,000 or 000… but not with Colt factory dies. I believe these marks were put there by a military armorer who repaired this gun in the service of the US Dragoons.

If you have data or questions about one of these rare Colt martial revolvers please email or write… The Colt collectors are currently conducting a survey of known specimens and more data is always welcome. Please feel free to email or telephone if you have questions. Phone (419)842-1863 weekdays eastern time. 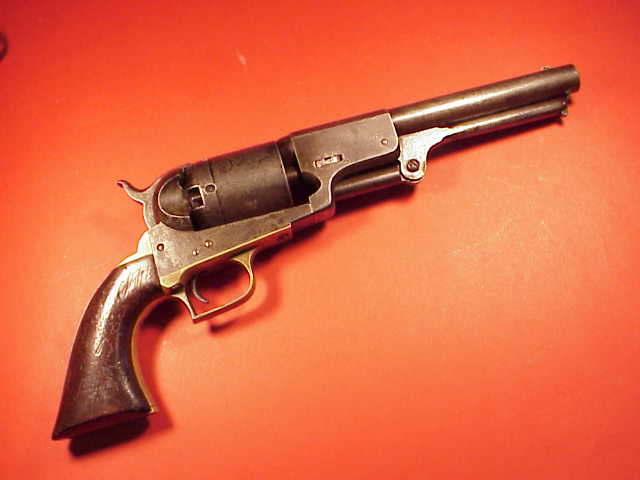 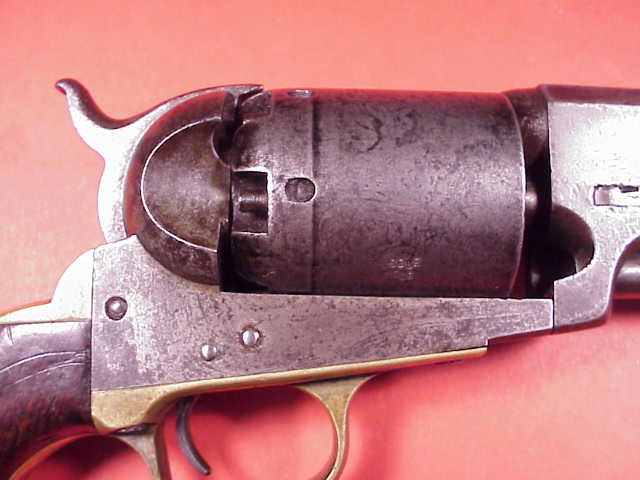 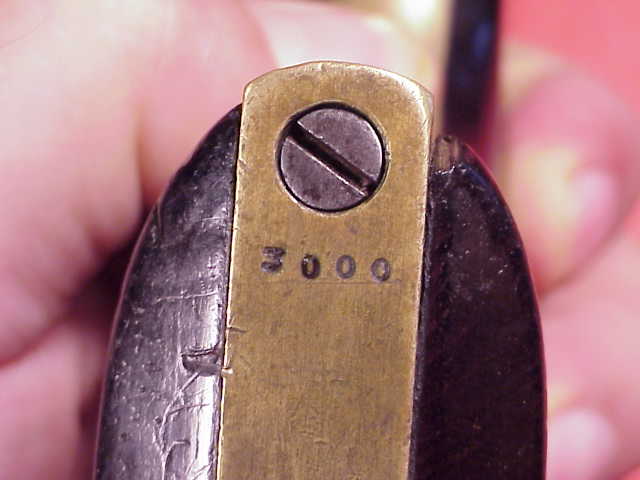 Above shows the factory struck 3,000 serial number on the butt strap. 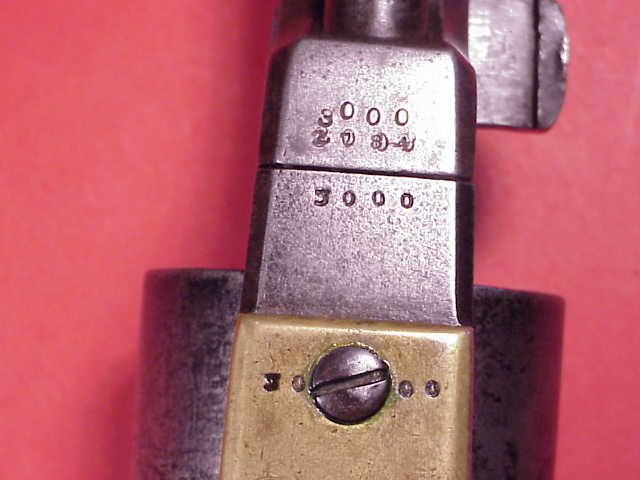 above shows barrel serial of 2,784 and overstamp of 3,000, as well as factory struck serials of 3,000 on the frame and trigger guard 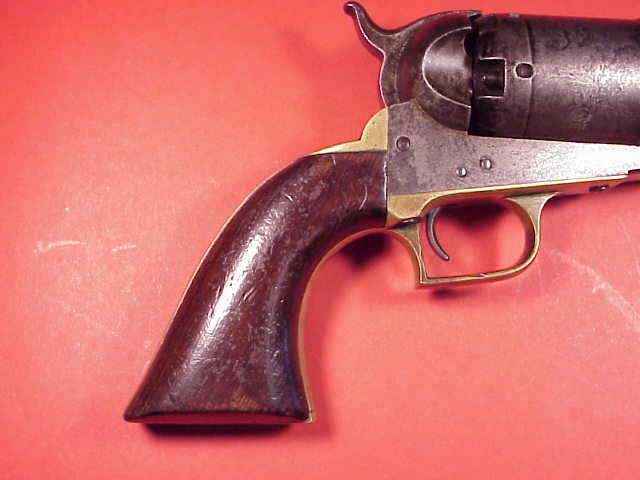 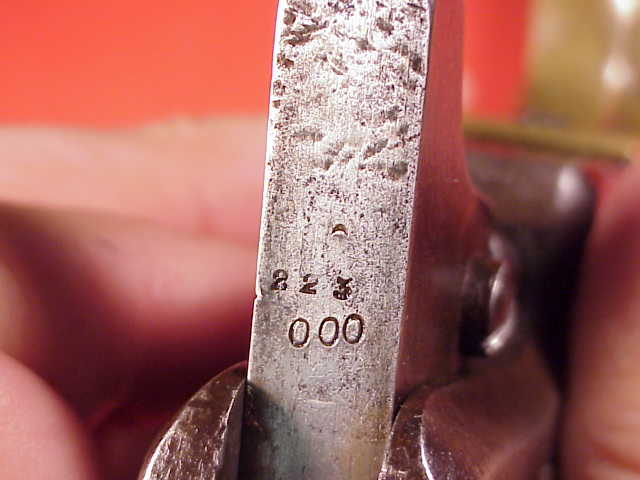 Above shows the stamping on the rammer 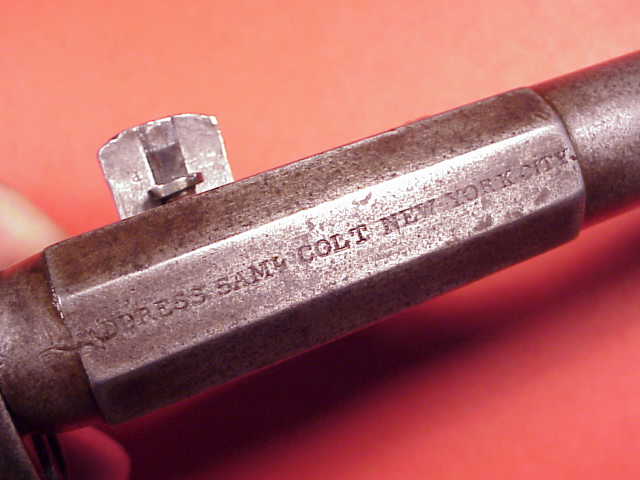 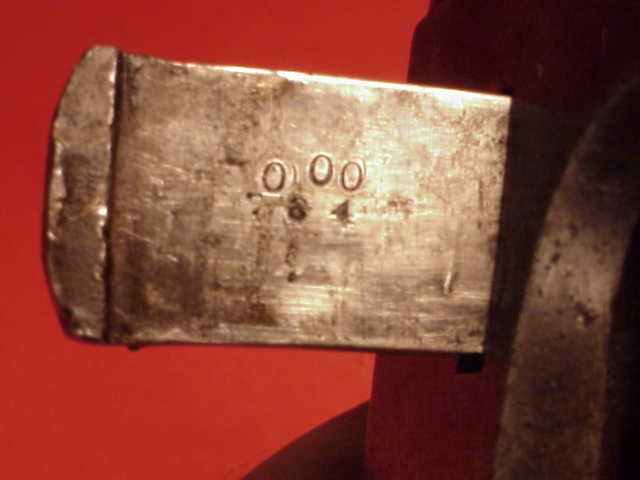 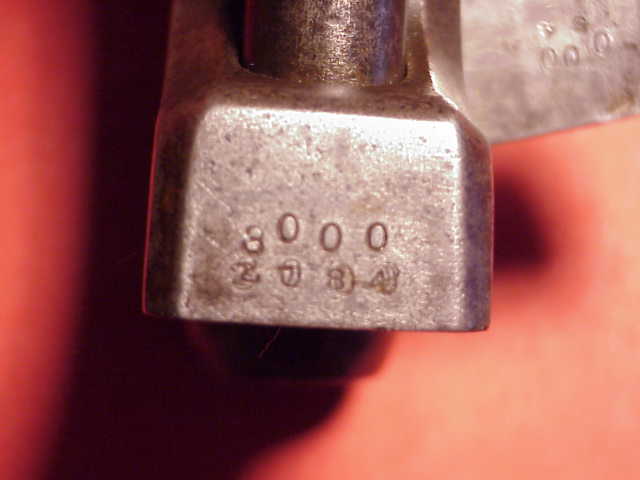