The sword is an ultra high-grade US regulation Model 1850 Staff and Field officer’s sword made by the Ames Mfg. Co/Chicopee /Mass. and so marked near the ricasso of the blade, both in etched form on one side and stamped on the ricasso on the opposing side. The blade is 32 inches long and is etched with an American eagle, U.S., scrolls of floral engraving, stands of arms, military trophies, and terminating in rays of a sunburst. The hand engraved gilt scabbard is fabulous… absolutely striking in the quality and condition.

The hilt is of cast brass, gold-plated, and is of standard regulation form, having three branches filled with finely cast floral decorations and U.S. The half-basket guard forms a single knuckle bow, terminating at the cast brass pommel cap with laurel leaf decoration. The grip is covered in sharkskin and wound with a double strand of twisted brass wire.

The ornate scabbard is of brass, gold-plated, and signed by the maker on the reverse side between the throat and the top mount. The separately applied throat is plain, the two carrying ring bands are cast with acanthus leaf decorations in relief, and the body of the scabbard is heavily hand engraved in the best quality with incised lines and scrollwork radiating above and below each of the carrying rings, and forming a 4.5″ long and 1.25″ wide cartouche, which has the ornate presentation engraved within.

The remainder of the scabbard is decorated with a very detailed stand of flags, battle axes, drums, a knapsack, bugle, and American shield surmounted by a liberty cap perched atop a pole. Ornate scrollwork radiating below these figures. The body of the scabbard repeats that scrollwork on its face. near the drag, topped by a large flame-like engraved decoration. The reverse side of the scabbard is plain. Within the cartouche, between the top and middle mounts, is the following inscription: “Col. Henry Wilson. 22nd Reg. M.V. from the Inspectors at the BOSTON CUSTOM HOUSE Sept 27th 1861.”

Condition is Fine++ , blade exhibits 98% of the original frosty luster with rich etchings. At the end of the etching, on one side, is an area of extremely light surface pitting 3 inches long. On the opposite side, are a couple inconsequential small patches of dark staining. Hilt retains 90% of its gilt luster. There is one minor dent in scabbard near inscription. Grip wrap of sharkskin is fine +. Scabbard is superb with only some darkening and light oxidation where the carrying ring mounts and drag were soldered to the body. Overall this sword is SPECTACULAR+!

Included in this set is; A fine 22nd Wilson Reg. Sharpshooters badge, in very good condition, reads Wilson Regiment 2d. S.S. Mass. 22d. INF. 3d. Batt. An envelope from Mr. Wilson, addressed to Hon. John Chapman, Salem, Mass from H Wilson These two items are included in gilded frame that measures12 1/2 ” x 14 1/2″ Inside a separate frame is a wonderful child’s fez made from Grant & Wilson handkerchief, also a Grant Club medal, Original election ballot w. Lincoln’s likeness, an 1872 Wilson election token, and CDV of Wilson… We also have a Oval framed lithograph of Wilson in his Brigadier’s uniform. A framed Lithograph of Wilson as a member of the President’s Cabinet. A loose CDV of Wilson, an early copy of Wilson’s biography, and a copy of the 22nd Mass Regimental History. Finally I have included a superb Cigar Box label marketing Henry Wilson brand cigars. I found this on eBay and could not resist it.

I believe I still have his marriage certificate and misc. other materials that make this archive a highly visual display lot. Wilson was Vice President under Grant and one of Lincoln’s trusted advisers. This sword is Magnificent and the lot is superb. one of the prettiest I have ever owned and near new in terms of condition. 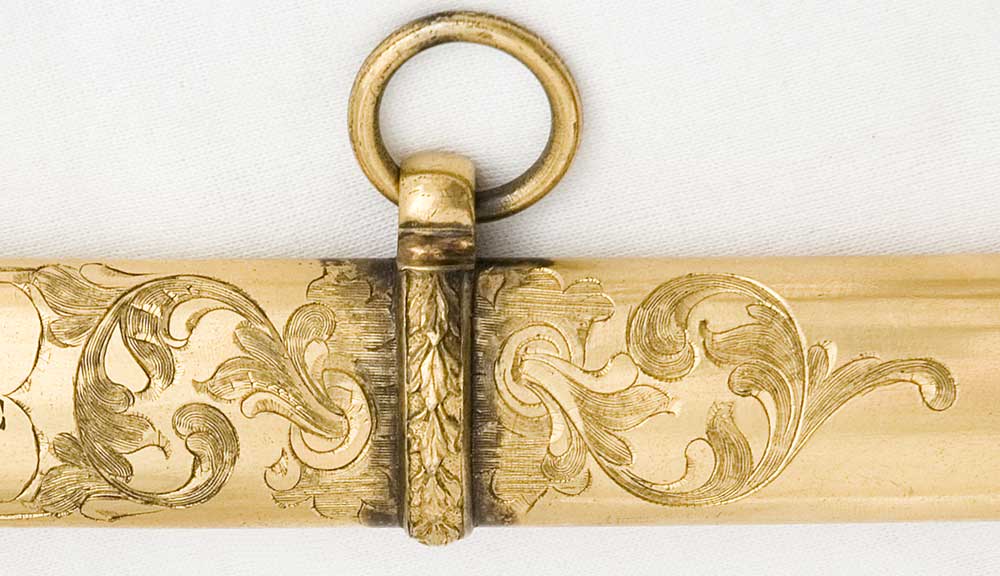 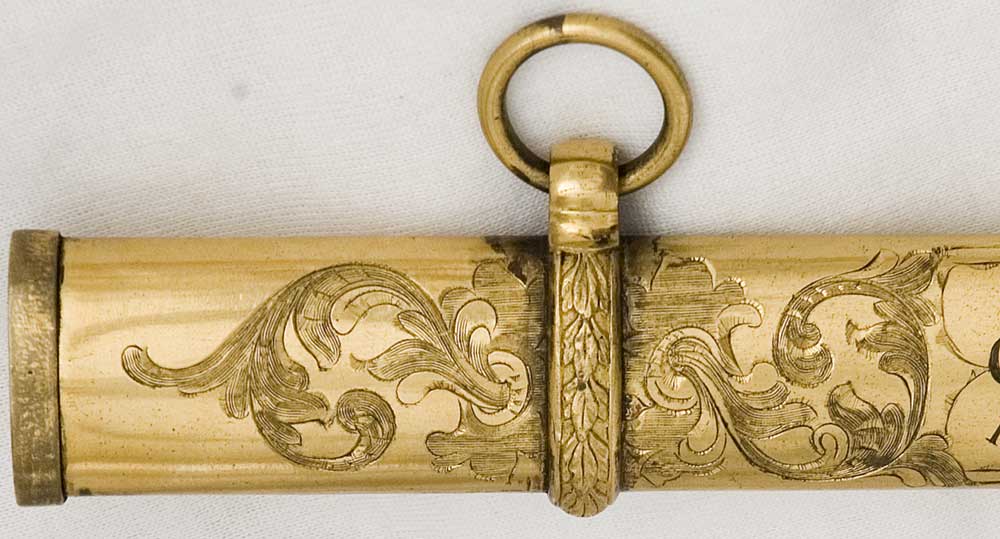 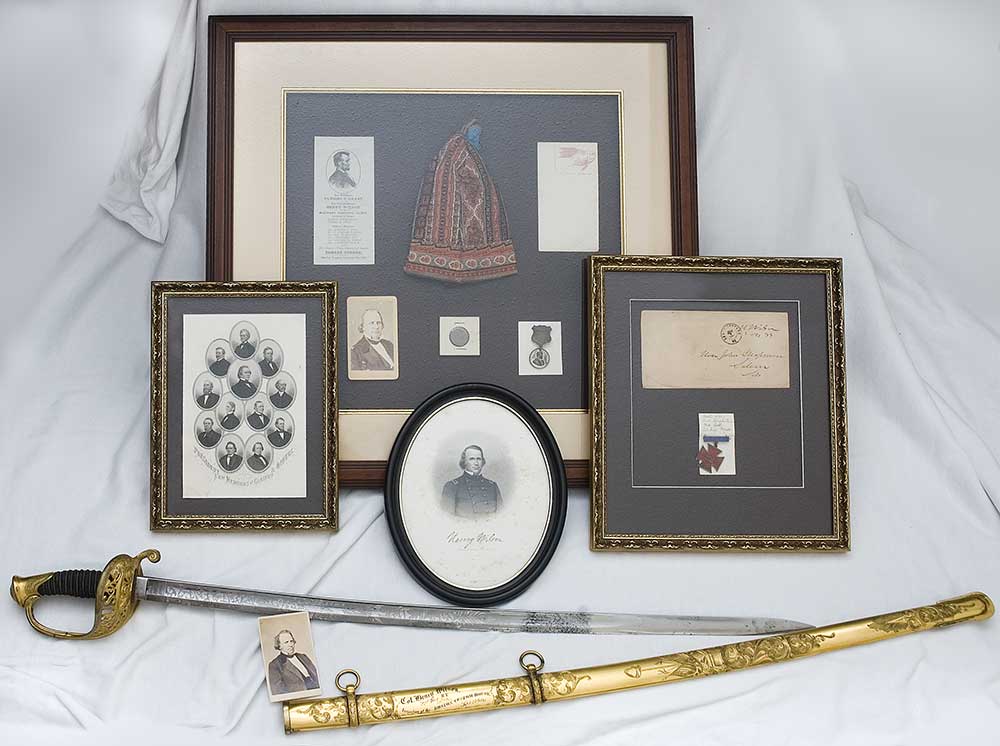 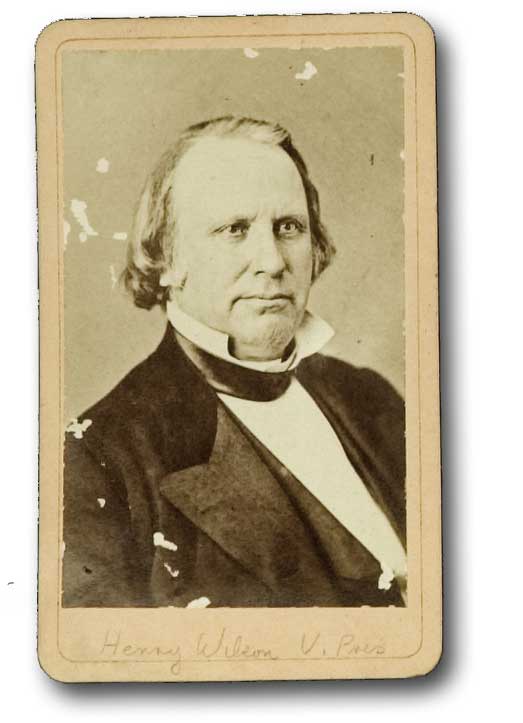 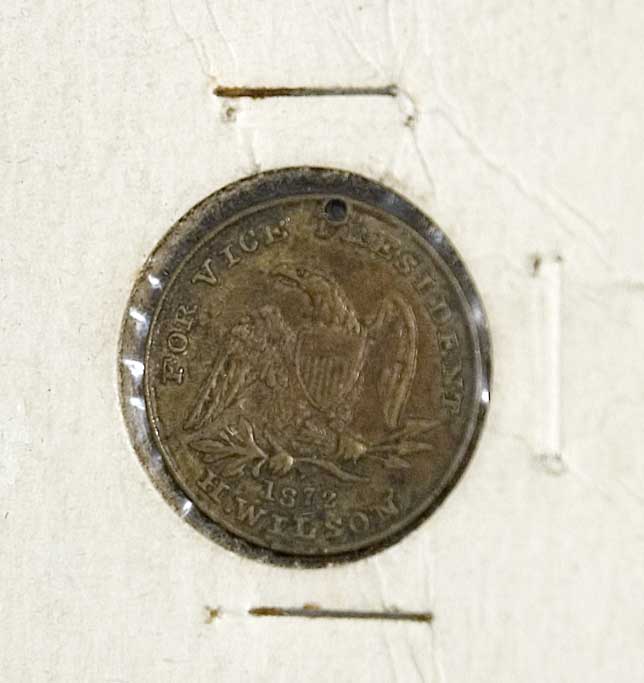 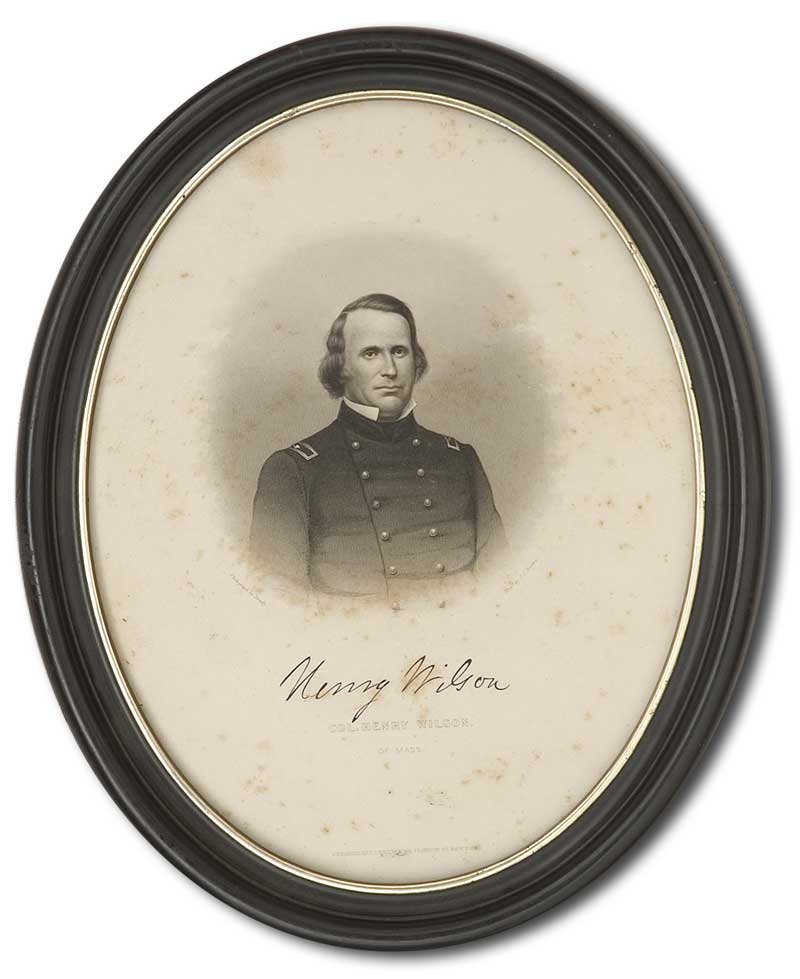 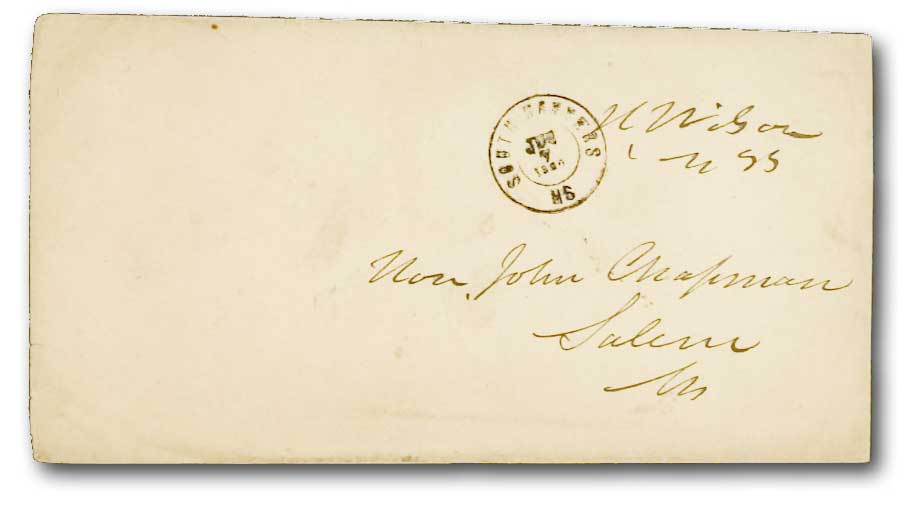 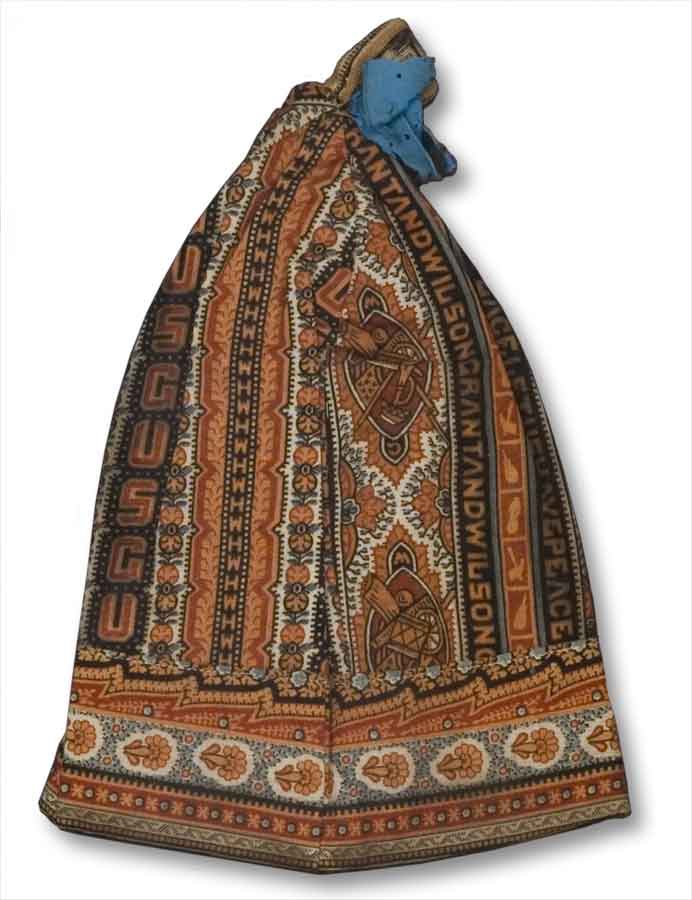 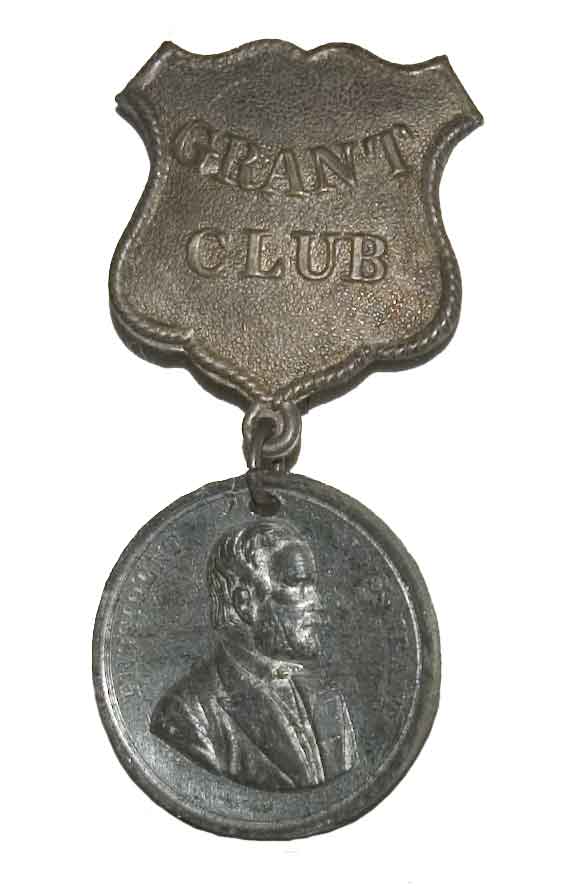 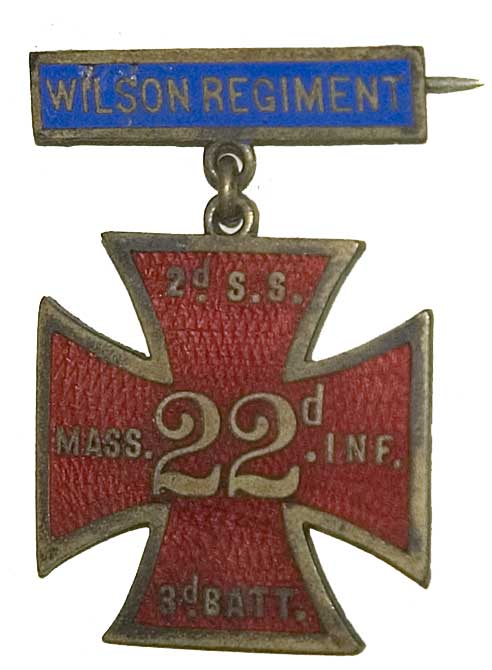 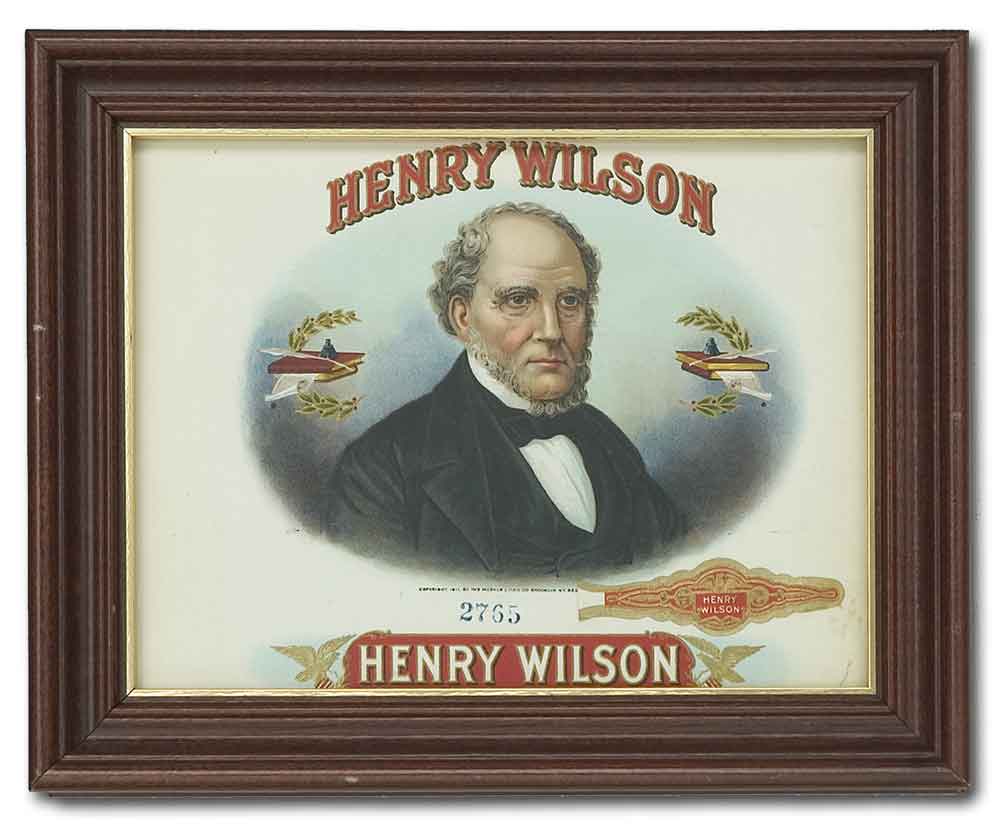 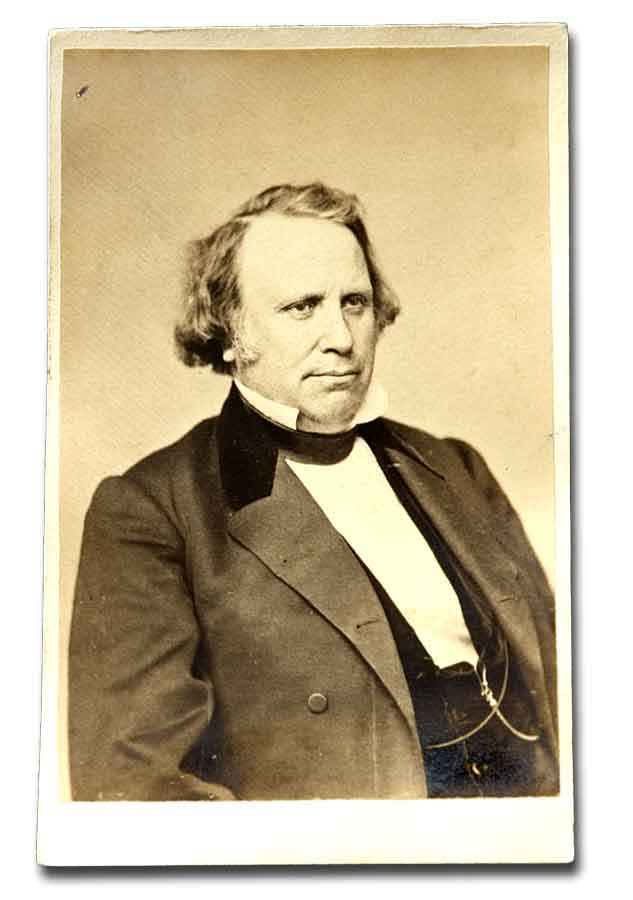 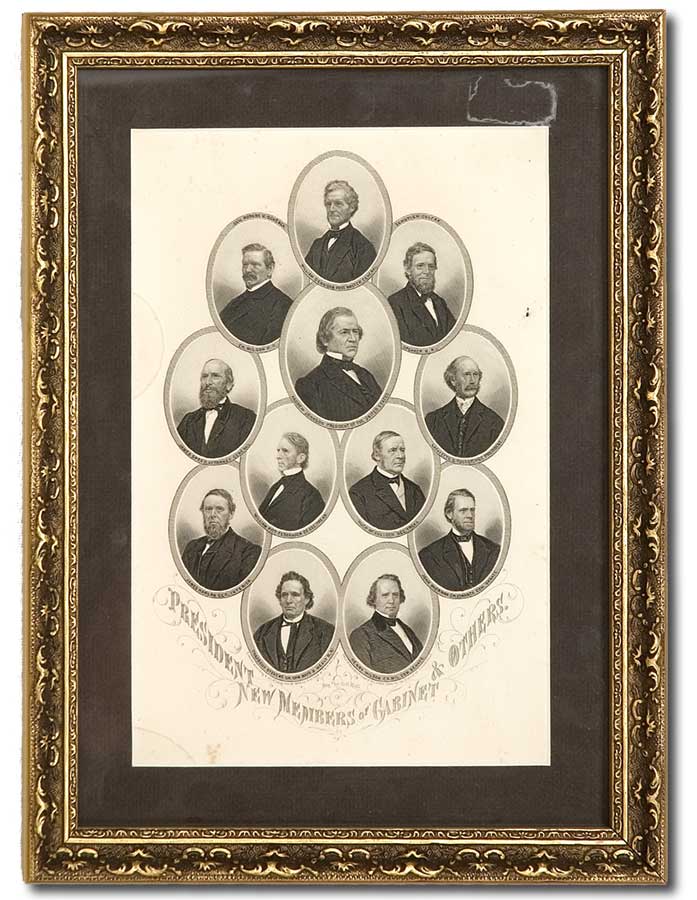 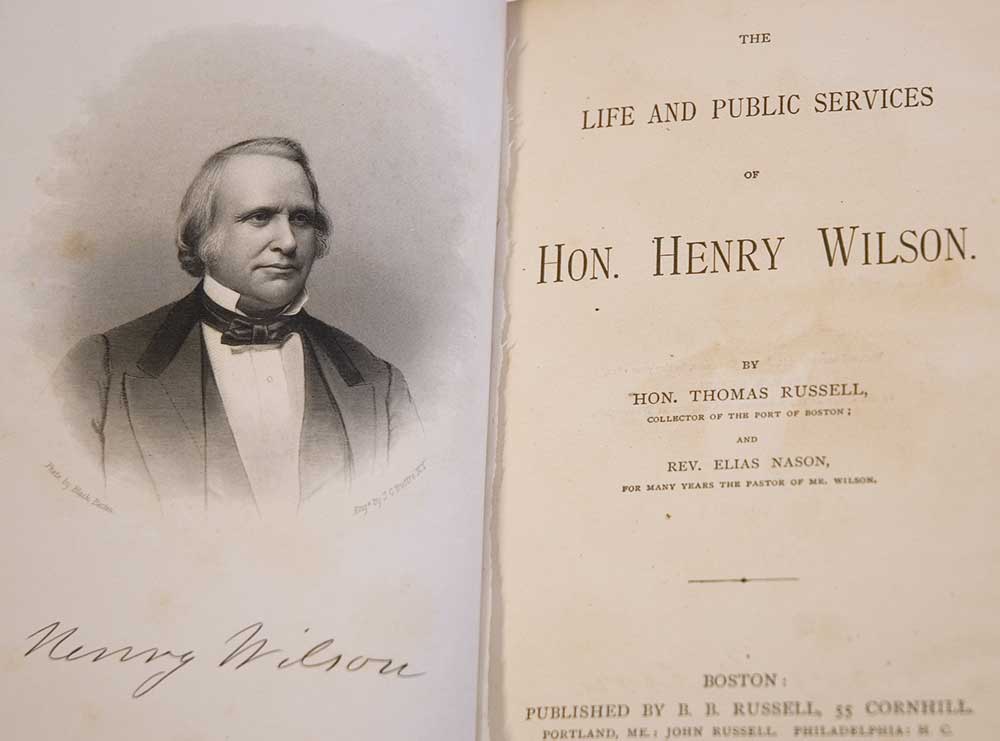 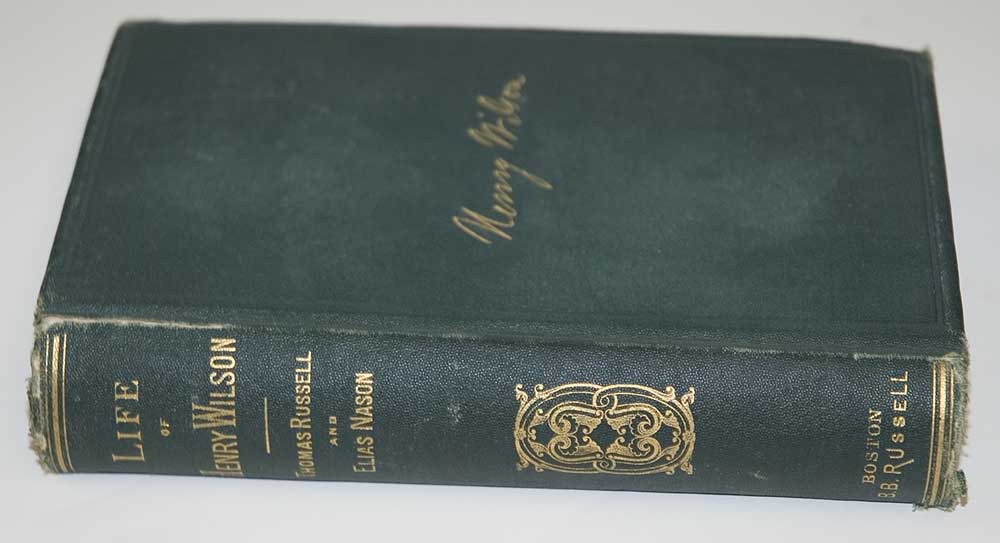 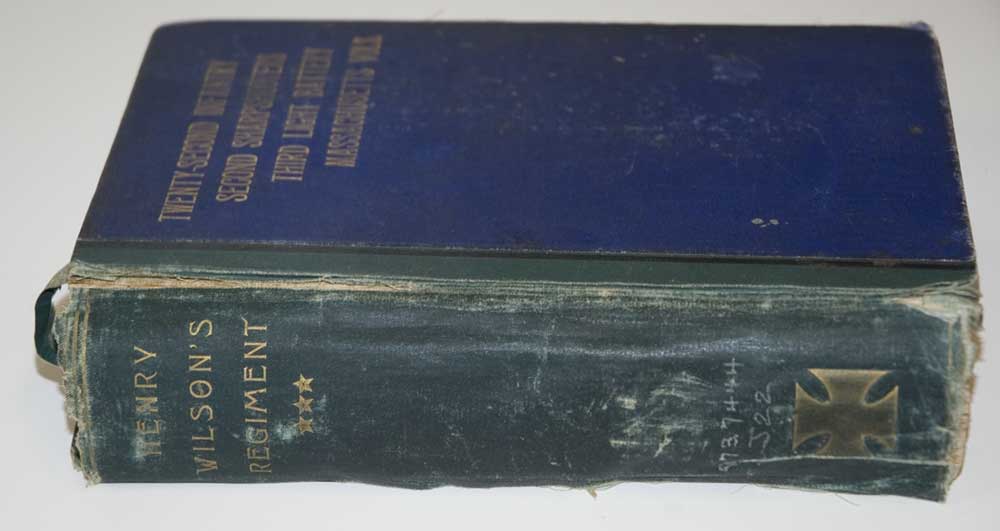 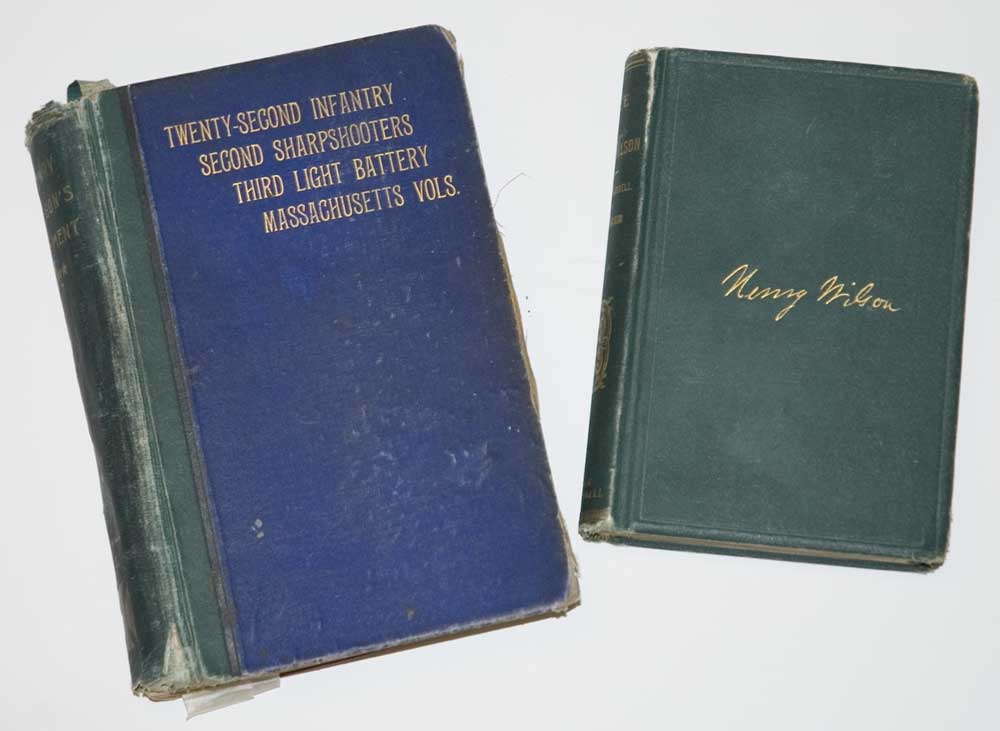